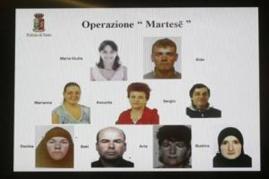 Milan, July 2 - On Tuesday Digos, a specialized department of Italian Police, arrested ten people on the charge of terrorism.

The terrorist group was composed of four Italian citizens, five Albanians and one Canadian.

Te Police discovered a twenty-eight Italian woman converted to Islam in 2009. Maria Giulia Sergio, this is her name, was born in Torre del Greco (Campania).

Some years ago she married a Muslim, and she moved to Milan, where she started to went round with extremist groups.

After her conversion to Islam, Maria Giulia Sergio got the name "Fatima". Recently, she reached Syria with her husband to fight for Isis.